"Waste exchange" is of vital importance for Lithuania: we would simply suffocate without export 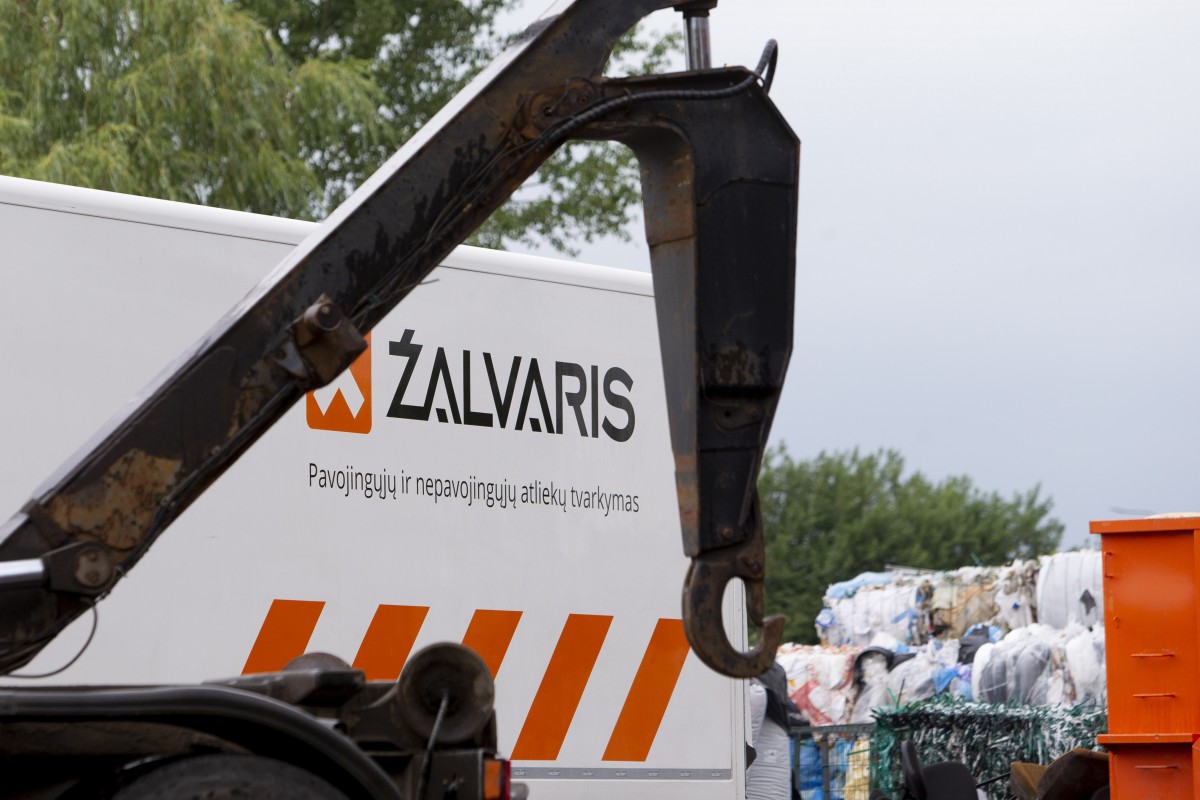 Each resident of Lithuania throws away on average about half a ton of various household waste every year. Meanwhile, production, construction and service companies operating in the country calculate such waste in millions of tons – huge amounts are generated per year. Unfortunately, the country’s forces are not always enough to manage them, therefore, in order to implement the principles of the circular economy and to ensure environmentally safe waste management, transboundary "waste exchange" between the Member States of the European Union is used.

At present, Lithuania exports about four times more waste than it imports – such waste movement takes place in all EU countries. It is important because of different waste management capacities in individual countries, which differ in both legal regulation and technological aspects.

According to the data of the Environmental Protection Agency, in 2019 Lithuania exported more than 826 thousand tons of various waste to other European Union countries, of which 97% was non-hazardous waste. The remaining 3%, which is about 27 thousand tons, was hazardous waste. Such a mission has an important significance – part of the waste generated in Lithuania is exported in order to be recycled and later turned into useful resources, their secondary use is important to ensure the production of new products.

Meanwhile, the figures of waste import by the country are much lower –they amounted to a little more than 282 thousand tons in the same period.

In 2019, Žalvaris exported about 1.5% of the total amount of waste exported by Lithuania, and imported only about 1.15% of all imported waste.

The tendency to grow transboundary "waste exchange" (export and import) is also confirmed by the noticeable increase in the amount of generated waste recorded by the GPAIS (Unified Product, Packaging and Waste Accounting Information System), it has been increasing since 2019.

"In Lithuania, as well as all over the world, the amount of waste generated by households and businesses is growing every year. This is influenced by a myriad of factors, such as reckless consumption, increasing production, stricter legal regulation, encouraging to manage waste transparently and taking into account the environmental impact. Regarding some specific waste, such as galvanic cells, they are generated in Lithuania in too small quantities in order to invest in refineries, so this waste is shipped abroad for recycling," – Vitoldas Sapožnikovas, the Director of Žalvaris, the largest hazardous and non-hazardous waste management facility in Lithuania, says.

In 2020, the company exported 12.7 thousand tons of waste, of which almost 11 thousand tons was hazardous waste, and imports amounted to about 7.3 thousand tons. Some of the waste imported by Žalvaris to Lithuania is re-exported, while other is transferred to local recyclers or used in the production of electricity and heat.

"We collect and dispose of hundreds of tons of a wide variety of waste every day. Automotive waste, end-of-life electronics, wires, cables, industrial waste are all sorted, prepared for recycling or recycled in-house. Waste, which we do not have the opportunity to recycle ourselves, or, if it cannot be safely disposed of, using the infrastructure operating in Lithuania, we export to neighbouring countries for further disposal. If we did not have the opportunity to export such waste for recycling or energy production abroad, due to the small market and limited possibilities to apply the principles of the circular economy, we would simply suffocate in waste," – Vitoldas Sapožnikovas says.

Transboundary "waste exchange", shipment of various types of waste, with the possibility to manage and dispose of waste in a country other than the place of generation of waste, are regulated by the agreement of the Member States of the EU – the Basel Convention. The Convention on the Control of Transboundary. Movements of Hazardous Wastes and their Disposal is a multilateral EU environmental agreement that provides for the safe shipment of hazardous waste and other waste between countries, obliging them to dispose of waste in an environmentally-friendly manner and as close as possible to the place of their production.

The Basel Convention, which aims to protect human health and the environment from the hazardous effects of waste, was ratified by Lithuania in 1998. The Convention defines the obligations of the parties for the safe management and disposal of waste, providing for the possible types of waste to be imported and exported, and setting strict requirements for their disposal, such as prohibition to dispose of and incinerate household and hazardous imported waste in landfills.

According to Vitoldas Sapožnikovas, the disparities in waste management infrastructure within the EU are significant, therefore, it is important to implement the fundamental principles of free movement of services, capital and people in the field of waste management as well.

"In Lithuania, about 8 thousand tons of hazardous waste is incinerated annually at Toksika incineration plant, at least another 5 thousand are buried in a hazardous waste landfill, while the total amount of such waste exported by the country is 27 thousand tons. Therefore, it is obvious that by restricting the possibilities to export the generated waste to higher capacity recycling plants of such waste in other countries, as well as to import waste that can be disposed of, Lithuania, like other countries, would find itself in deadlock. Naturally, as technologies change, the methods of waste disposal also change, but today it is important to be able properly to manage the waste generated in our country, and to be able to offer the management of some imported waste in our country on a regional scale," – Vitoldas Sapožnikovas comments.