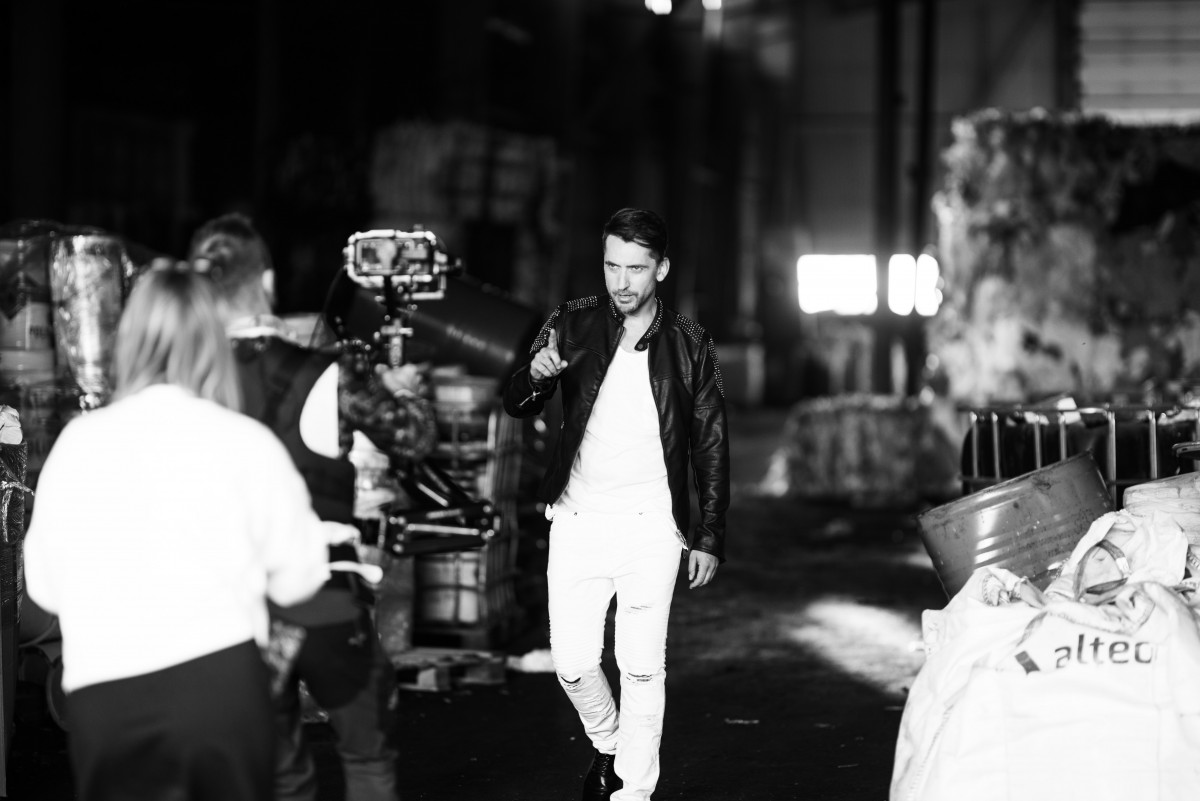 Today in Vilnius and Berlin – the third international premiere of Alan Chošnau's and Mark Reeder's composition "Heavy Rainfall" and the EP album "Heavy Rainfall – Storm Warning" with a music clip. This is one of the brightest songs in the album, contrasting political tensions in the world, fake news, uncertainty about the future and hope.

Alanas together with British producer Mark Reeder continues the themes of the music album "Children of Nature" in composition "Heavy Rainfall" – the revival of totalitarian regimes in the world, growing control of non-democratic states, threats to human rights and freedoms, over-consumption and climate change.

Alanas says: "Our song "Heavy Rainfall" is deep. We are talking about the fact that we are all victims of manipulation and our thoughts are no longer our thoughts – it is just an illusion. We want to draw the listener’s attention to the fact that we involuntarily lose control of our behavior and decisions. We consume large amounts of information that programs us to buy, consume, dispose, and then think accordingly. It is a psychological dilemma that we run intuitively from, because the truth is more frightening than supposed security and freedom of choice."

The composition "Heavy Rainfall" is a monologue about the impending social storm, internal and external pollution, and a question for yourself – and what will you do? At the same time, it is hope because consciousness changes and liberates.

Alanas Chošnau and Mark Reeder chose a special place for the visualization of these contrasting ideas – Žalvaris, one of the largest hazardous and non-hazardous waste management facilities in Lithuania. In this unique environment, you see how much unnecessary and polluting matter is created by physical human activity.

According to Eglė Berentienė, the Marketing and Communications Manager of the company, when opening the doors of Žalvaris to the filming of Alan Chošnau's music clip, we saw an opportunity to interest the public in what is important to us by using the company's space to implement creative solutions. "Every day we are faced with choices – to consume more or less, to preserve or cut, to burn or recycle. The future depends on these choices. "Heavy Rainfall" helps to hear and see the contradiction of choices, and brings closer the realization that our activities and what remains after them are nothing more than a trace of our own daily activities."

The creation of the music clip “Heavy Rainfall” is funded by the Lithuanian Council for Culture.

We invite you to listen to the composition on the website: https://www.youtube.com/watch?v=TWeak2ulnmk